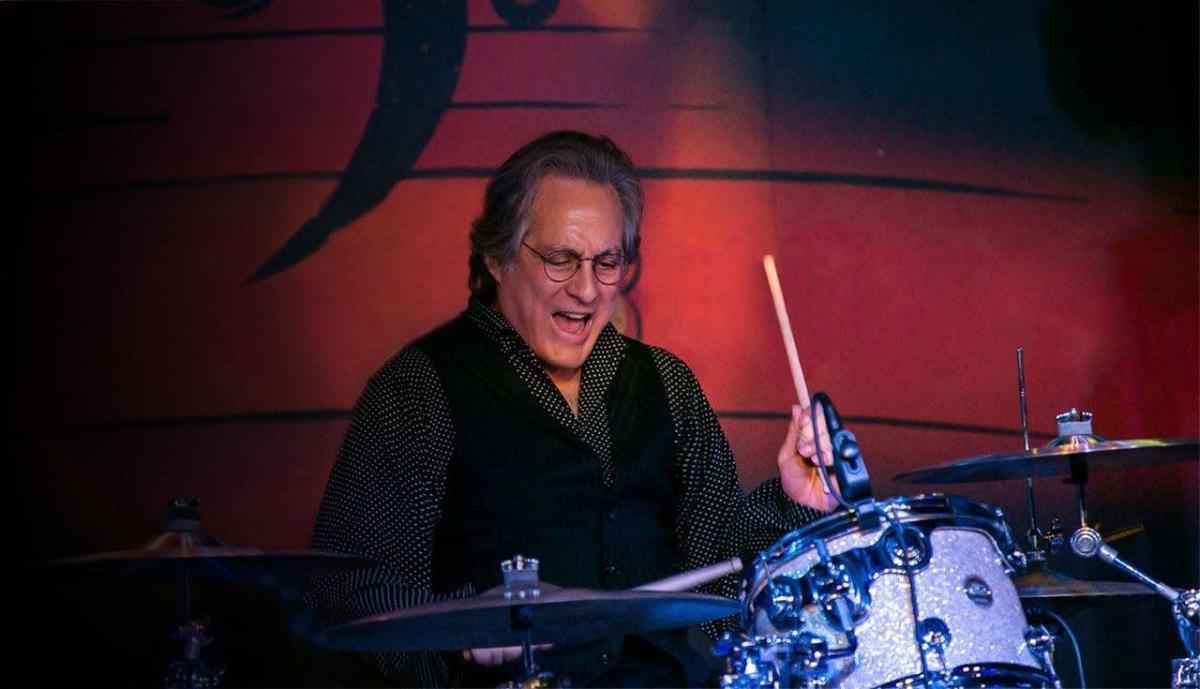 Max Weinberg subscribes to a philosophy he has absorbed from Bruce Springsteen: try to do your best every time you take the stage because “it’s up to the performer to get the audience excited. “

This motto has served the drummer’s ace well during his 50+ years as the rhythmic backbone of Springsteen’s famous E Street Band, but throughout his various side projects – two runs (in the ’90s and late 2000s) as house group for Conan O’Brien’s late night shows; the creation of the Max Weinberg Big Band in 2010; and, since 2017, his freewheeling Max Weinberg Jukebox concerts.

During the shows, Weinberg, accompanied by a rotating cast of two guitarists and a bassist, goes through a list chosen by the audience. It has around 320 songs to choose from, ranging from The Dave Clark Five to Roy Orbison to Springsteen classics. The options used to scroll on a video screen and the audience would cry out their choices. But in the age of COVID and masks, they write their selections on cards placed in a drum and collected at random, bingo style.

From Springsteen to the ‘Sopranos’: Steven Van Zandt reflects in his memories

Weinberg, 70, doesn’t sing (“They won’t let me,” he jokes), but he does tell stories about some of his interactions with the musicians he imitates.

He and his band mates have performed around 300 shows since the start of the live love letter to what he calls “the revival of rock’n’roll” and have managed 50 dates this year despite interference from the pandemic.

He will wrap up his 2021 series of shows at the Birchmere in Alexandria, Virginia on Monday before hitting the road again for early 2022 dates in New York, Maryland and Illinois.

Chatting from his home in Delray Beach, Florida, where he and his wife Becky moved several years ago, Weinberg is warm and outgoing, with a genuine and deeply rooted love for all things music.

Q: You started doing these shows in 2017. What prompted you to come up with the idea?

Max Weinberg: In April 2017, I was playing at a club in Illinois and the place was packed – the good old days before the pandemic – and (by the encore) we were running out of songs. I went out and I looked at this bachelorette party (in the crowd) and I said to the guy, “What do you want to hear?” And he said “Glory Days”. So I said, we’ll play him if you come here and sing, and he did. For another 45 minutes, we played all kinds of songs. I grew up with AM radio when you could hear The Beatles, (Rolling) Stones, (Jimi) Hendrix and James Brown all at the same time.

Q: Playing these shows must be a little different than being with the E Street Band.

Weinberg: I don’t have a crew. I arrive (on site) early, install the drums and work with the lighting designer and sound engineer. You are a working musician. This is something I did in my 17 years before meeting Bruce. Since 1974 I’ve had someone (looking after me), but they know how I want it to be. I tap wood all the time about the longevity I have had in the E Street Band with people I love and the music I love to play. Playing with the band E Street is an intense musical experience. The jukebox show is a party, and even though we’re in this constant back and forth (with COVID), people come out and have a good time. Live performance in general depends on some form of stability and (the pandemic) has been very tough on rock clubs as we have played.

Q: What are your favorite songs to play?

Weinberg: The only thing I’ve never done is pass judgment on another song. If anyone wants me to play (The Archies’) “Sugar Sugar”, the original bubble gum song, I’m gonna play hell. I love playing Beatles songs because the (band) digs into the arrangements and the interstitial parts of what made these records great. When I get to emulate Ringo (Starr), it’s a journey for me. He invented a certain level of rock drums… Sometimes we open with “The Night Before” from “Help! I love to imitate Keith Moon. We’re also doing a pretty believable version of (Led Zeppelin) “Good Times Bad Times”.

Q: At this point, what does 2022 look like? Think you’re on the road with Bruce?

Weinberg: I know COVID keeps throwing curve balls, so I hope the folks dealing with these issues for Bruce and the E Street Band are looking at various possibilities. I didn’t get the ‘pack your bag’ phone call. Having been with Bruce for almost 50 years, there’s a seventh sense, not even a sixth sense, when he’s going to do something. You don’t know what it can be and I’m not asking you. When he’s ready, he’ll tell me, and it still works. I saw him a few weeks ago at a wedding and he knows I always can’t wait to go out and play. When you’re a touring band playing big venues in multiple countries and they all have different protocols, I guess that added another level of complexity to the tour. Unless you warn the wind – and I know it won’t.

The E Street Band is a special group of people. I always said the hardest thing was having great songs and a great singer and we got it all covered. We’ve lost (keyboardist) Danny (Federici, in 2008) and (saxophonist) Clarence (Clemons, in 2011) and that’s something you never get over. But we kept going because you believe in the power of music to heal and change. Saw some incredible views from what I call the best seat in the house over there (behind the drums).