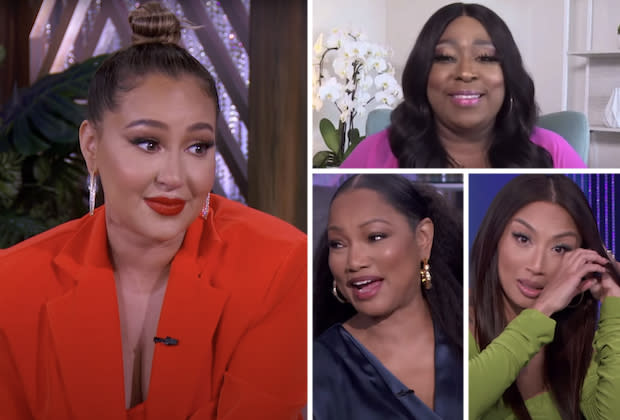 The day has just a little less Real.

Friday marked the very last episode of a syndicated talk show The truthwho comes to an end after eight seasons and 1,360 episodes.

“We made our mark,” original panelist Adrienne Bailon said during Friday’s farewell. “I was talking to my mom earlier this morning – she knows it’s the farewell show – and she was like, ‘You really broke the mold of daytime TV.’ And it’s so crazy when you think about it that way – that there’s never been a show quite like us, and I’m so grateful. I hope we’re not the last.”

Another stalwart Loni Love added: “The whole point of the show was for us to put in people who wouldn’t normally talk during the day. [shows]. We had all the movie people Tyler Perry, we had the old people, we had Laurence Fishburne, and we got to talk about things that some people just don’t know. When you watch eight seasons, over 1,300 episodes, [that] is phenomenal. And it is historic. And so it’s actually a party.

“We hope that our example, what we have done, can continue,” Love said, speaking to The truthof the diverse panel of hosts, which also includes Jeannie Mai and Garcelle Beauvais. “Don’t let this end. Get another show like this with fabulous women, because we have a whole future of things we still have to fight for, with injustice and inequality. We can’t be afraid to talk about it. We had extensive discussions…. We were able to cover AAPI, we were able to cover Haitians, we were able to cover Latinas, blacks, women. We are so proud and we won’t be sad today.

When The truth created in 2013, its panel consisted of Bailon, Love, Mai, Tamar Braxton and Tamera Mowry. Since then, Braxton and Mowry have parted ways with the show (after seasons 2 and 6, respectively), as has former co-host Amanda Seales (after a brief six-month stint during season 6).

The truth is one of many daytime series that won’t be returning this fall. also end The Ellen DeGeneres ShowThe Good Dish, Judge Jerry, Maury, The Nick Cannon Show and The Wendy Williams Show.

Are you going to miss your daily dose of Real-ness this fall? Watch additional highlights from the farewell episode below, then hit the comments with your reactions to the final episode.

The best of TVLine

The worst and weirdest superhero TV shows that actually existed