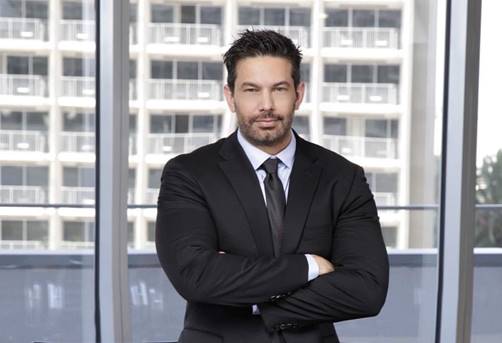 EXCLUSIVE: The speech Executive producer and showrunner John Redmann, one of CBS’s early day host auspices, is leaving after 10 seasons. There is no immediate replacement. The speech is currently on a summer break and plans to resume production for Season 11 in September.

“2020 has been a year of reflection for all of us,” said Redmann. “While I enjoyed every moment at The speech, I have realized over the past few months that now is the time for me to make a change. I threw The speech 10 years ago and I was so proud to have built a longstanding and successful show. After 10 career Emmy Awards and 10 award-winning seasons of this show, I’m excited to start a new chapter. “

In 2010, CBS was looking for a replacement for the initially veteran daytime soap opera. As the world turns. As part of its research, the network commissioned three pilots: two game shows and a daily talk show created / executive produced by Sara Gilbert, executive produced by Redmann, as well as Tom Forman, and hosted by Gilbert, Julie Chen, Sharon Osbourne, Holly Robinson Peete, Leah Remini and Marissa Jaret Winokur.

Gilbert and Redmann’s talk show won the day and became the network’s first daily talk show to air during the daytime in nearly 10 years, with Redmann as executive producer for all of its broadcast at this time. day. He took the helm of the show at the end of the first season, offering a firm hand after two brief stints from outside showrunners.

Under his leadership, The speech won 11 Daytime Emmy Awards (Outstanding Talk Show Entertainment 2016, 2018; writing 2015; host 2017) and 51 nominations. The speech also won the People’s Choice Award (2016) and the NAACP Image Award for Best Television Series (2016). After his departure, Osbourne remains The speechis the only remaining member of the original team.

“Since the first season of The speech, John Redmann has been a guiding force, producing a show with popular appeal and rave reviews, winning multiple Daytime Emmy Awards, including two for Outstanding Entertainment Talk Show, ”said David Stapf, President of CBS Television Studios. “We thank John for helping make the series a key part of CBS’s top-rated daytime programming, and we wish him the best of luck for his future.”

Ellen DeGeneres would like to end her daytime talk show