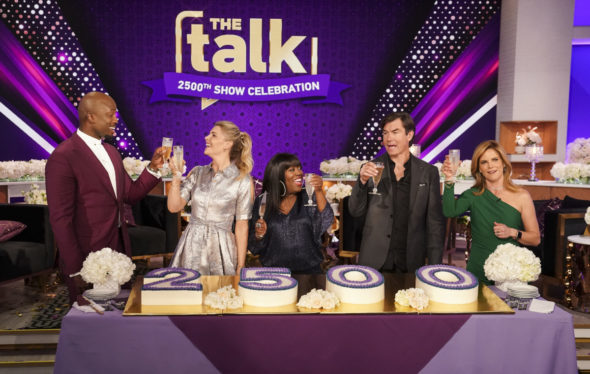 Viewers will continue to see the gang of The speech on their TV screens. CBS has renewed the daytime talk show for Season 13. The hosts – Akbar Gbajabiamila, Amanda Kloots, Jerry O’Connell, Natalie Morales and Sheryl Underwood – announced the renewal during Monday’s show. All five hosts return next season.

Check out the announcement below.

CBS revealed more about the renewal in a press release.

“Monday the The speech the hosts are surprised live by announcing that the Daytime Emmy-winning show is renewed for season 13! Natalie Morales announces, “The producers just tell me there’s breaking news. It just happened, ‘The Talk’ has been renewed for season 13.” After the cheers and the confetti, Akbar Gbajabiamila reacts: “It was crazy, it’s so good.” Jerry O’Connell jokes: “Now I know why all our bosses came today.”

What do you think? Look at you The speech on CBS? Do you plan to continue watching next season?

Discover our CBS State Sheet to track pickups, renewals and cancellations of new series from the Tiffany Network. You can find lists of canceled shows here.