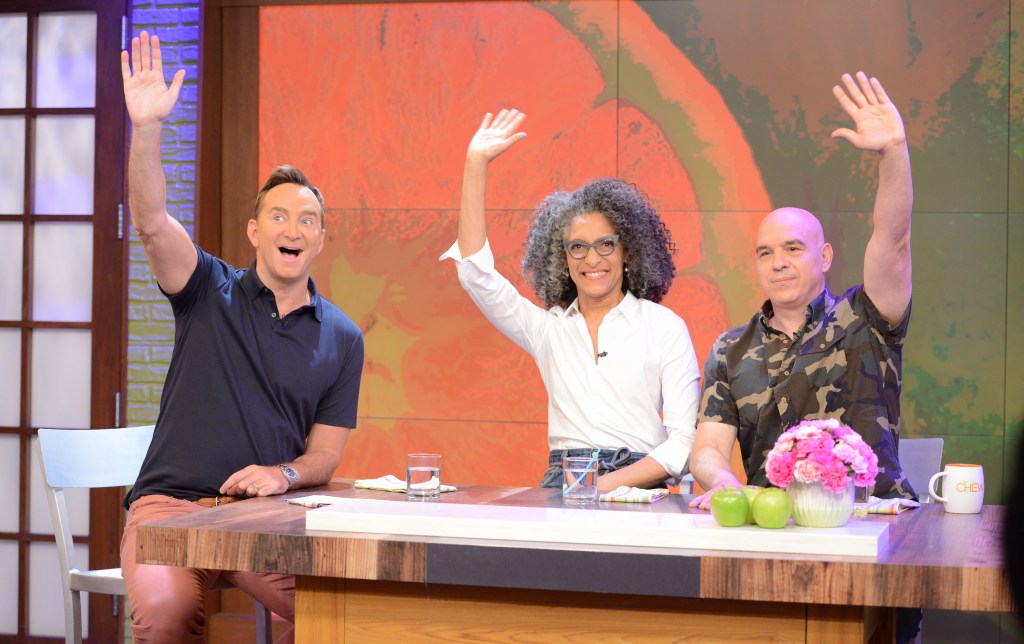 Foodies were shocked to learn of ABC’s cancellation chew it after seven seasons. But show hosts Carla Hall, Clinton Kelly and Michael Symon were probably the most disappointed. Despite this, they took to social media to express their gratitude to fans and for the talk / cooking / lifestyle show.

Hall tweeted: “I’m so grateful for all the good times and amazing friends I’ve made over the past seven years. [The Chew]. It really has been an incredible race. I look forward to new adventures! And after? Stay tuned! Forward and up! # adventure follows.

â€œMichael, Carla and I are really going to miss making you laugh and inspiring you to try new things every day,â€ Kelly said on Facebook. â€œWe will end the rest of the season with as much enthusiasm as possible! I’m sure we’ll cover that on tomorrow’s show. Once again, thank you from the bottom of my [heart]. “

Symon also took to Facebook saying, â€œAs you may have heard before, today we found out that this was our final season of Chew it. He added, â€œI just want to say thank you to everyone who not only participated in the show but to everyone who watched daily and kept us entertainedâ€¦ it has been an amazing race and we all look forward to it. looking forward to new fun things! “

ABC today announced that chew it was canceled after seven seasons, 1,454 episodes, multiple Emmy nominations, and two Emmy Awards. The show debuted in 2011 with The Hall, Kelly and Symon as well as Daphne Oz, who left the show last year after season six. Disgraced chef Mario Batali was also a co-host, but was fired in December after allegations of sexual harassment surfaced. News of the show’s cancellation came shortly after it was announced that Batali was under criminal investigation for sexual assault.

I’m so grateful for all the good times and amazing friends I’ve made over the past seven years @thechew. It really has been an incredible race.

I look forward to new adventures! And after? Stay tuned! Forward and up! #adventureflows pic.twitter.com/DtPcCS22NE