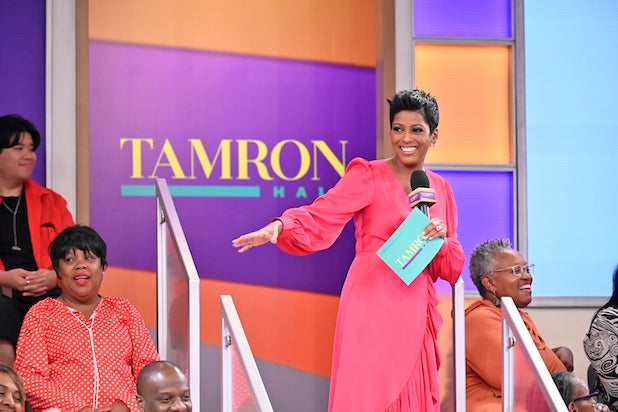 “As one of the highest-rated new talk shows in five years, ‘Tamron Hall’ connects with audiences in such a powerful and unique way and we’re thrilled to continue that momentum with a second season.” , Karey Burke, President, ABC Entertainment, said. “Tamron’s authenticity and amazing ability to engage with viewers is remarkable and we look forward to continuing to work with our amazing station partners.”

“I am thrilled that our show has been renewed for a second season! Hall said. “Thank you to my partners at Disney and ABC for this incredible show of support. I am honored to host and produce a daytime talk show that explores topics of conversation that truly matter to our viewers, who we affectionately call our “ TamFam.” From inspiring interviews with guests like Tyler Perry and Kelly Rowland to in-depth discussions of issues like the opioid epidemic and domestic violence, nothing is off limits – we’re here to ‘talk about it’. My team and I are excited to continue to bring our fresh perspective to station partners and viewers nationwide.

“Tamron Hall” was one of two new daytime talk shows this season, along with NBCUniversal’s “The Kelly Clarkson Show,” which picked up for a second season in November.