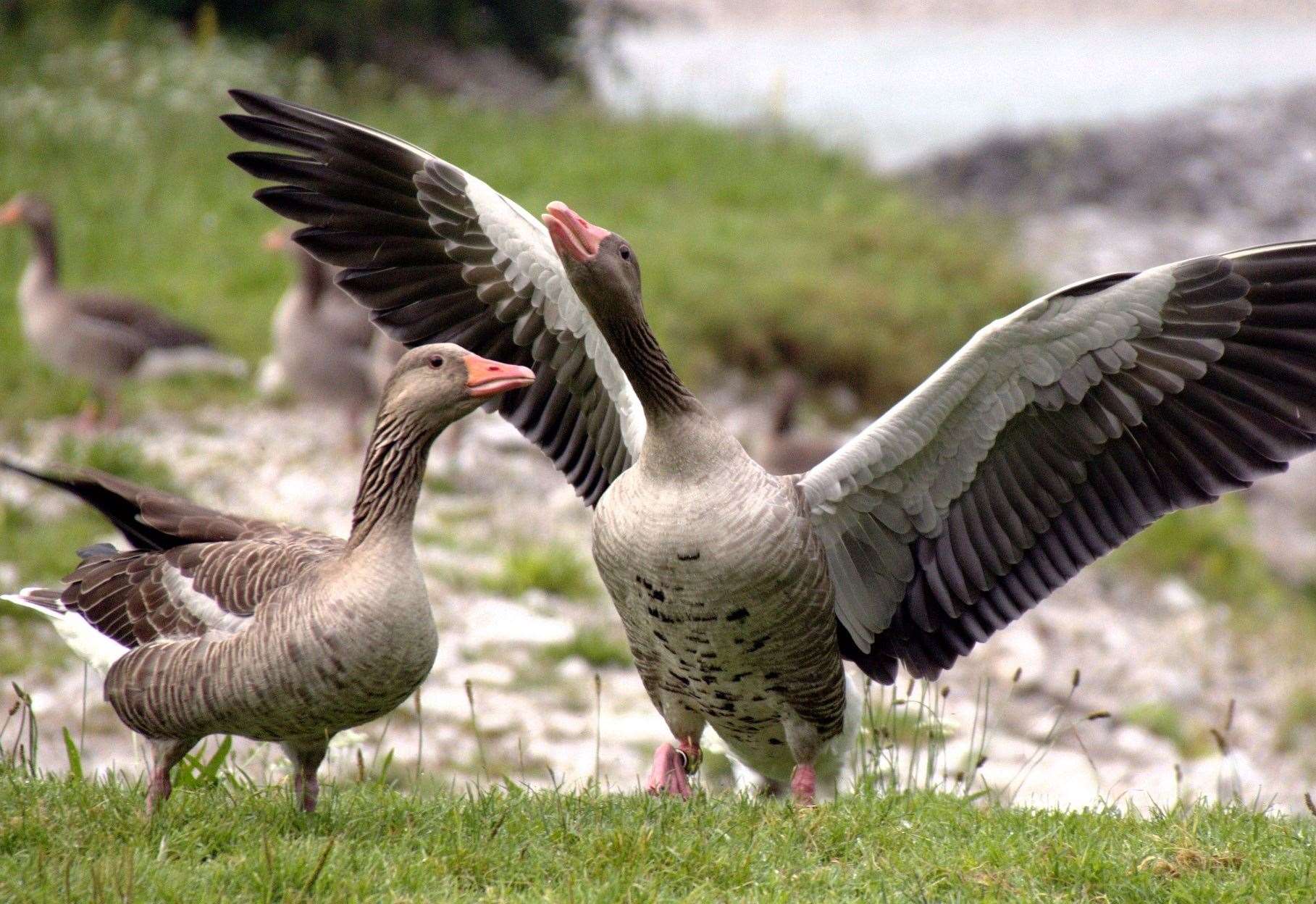 One of the first scientific studies to examine whether fireworks disturb wildlife found that they can cause significant stress to wild birds.

Research by Dr Claudia Wascher of Anglia Ruskin University (ARU) found that the heart rate of geese increased by 96% and body temperature increased significantly after a display.

The study indicates the importance of not staging fireworks in key wildlife areas.

By measuring physiological stress signals, they found that the average heart rate of geese rose from 63 to 124 beats per minute – up 96% – while the average body temperature rose from 38°C to 39°C – up 3% – between midnight and 1 a.m. .

Between 1 a.m. and 2 a.m. after the fireworks had ended, their average heart rate was still 31% higher than normal and their body temperature remained 3% higher. In fact, it took about five hours for normal body temperature to return.

The geese, which are part of a resident population at Almsee, were affected regardless of age, showing that they do not become immune to fireworks over time.

Dr Wascher, Associate Professor in the School of Life Sciences at Anglia Ruskin University (ARU) and lead author of the study published in Conservation Physiology, said: “Ours is one of the first scientific studies to consider whether fireworks disturb wildlife. There have been previous studies showing that fireworks can cause anxiety in pets, for example in dogs, but little research has been done on how wild animals react.

“In Austria, the New Year’s fireworks start at midnight and last for several minutes. We believe that the increase in physiological stress recorded over several hours is a combination of the increase in physical activity caused by the flight of the geese during the setting off of the fireworks and the psychological stress. This causes the birds to expend extra energy at a time of year when food is scarce.

“We need to conduct further research to conclusively determine whether geese respond to noise or light pollution from fireworks, or a combination of both.

“A lot of people really enjoy fireworks, but it’s important that we consider animals – both pets and wildlife – when planning a show. It is clear from our study that we should definitely avoid using fireworks in areas with high wildlife populations.

A study of fireworks in the Netherlands between 2007 and 2019 found that thousands of birds took flight for 45 minutes after New Year’s Eve fireworks at altitudes of 500 meters, well above above their daytime flight altitude.

And hundreds of dead starlings have been found after New Year’s Eve celebrations in Rome in 2021.

Writing in The Conversation, Dr Wascher noted: “The exact reasons why they died are unknown, but we know that loud noises cause panic reactions in animals that could be fatal if they hit obstacles or lose and become separated from their herd.

“We also know that wild animals suffer from chronic stress, fertility problems and change their migration routes in response to noise. Animals may also be more sensitive to noise than humans and have different hearing ranges.

Pet owners have long understood that fireworks can cause distress and worry to their pets.

But as awareness of the impact on wildlife grows, some places have reconsidered their displays.

Center Parcs, the British holiday park company, has banned them from its land to protect wildlife and is lighting up its forests with an enchanted light garden instead.