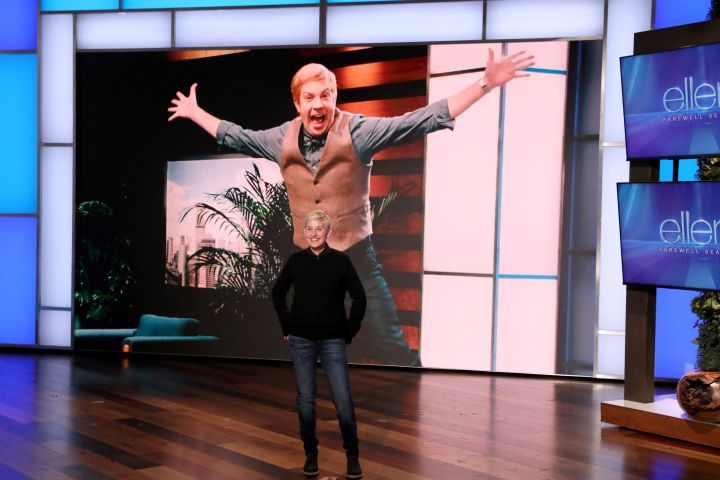 The host responds to the “SNL” skit on her show Thursday, telling viewers, “I’m wife Ellen. Has anyone seen ‘Saturday Night Live’?

“Portia [de Rossi] and I watched, like we do every Saturday night. We were trying to get rid of this wine stuck in a bottle. Suddenly we’re watching a skit that happens with Jason Sudeikis dressed as the male version of me.

DeGeneres insists, “It was hilarious,” as she performs part of the “SNL” skit for viewers.

She continues, “Very funny, I would watch this show actually,” telling Sudeikis, “After we finish this season, we should do a show like this. I liked it! I’m flattered.

DeGeneres later adds after asking producer Andy Lassner how many shows from their final season they have left, “Jason, when you’re done with ‘Ted Lasso’, we should do this show.”

“Mellen” features “all the fun daytime energy of” Ellen “but with a harsh, masculine side.”

Plus, there are additional features such as the host slapping studio audience members and pouring a tub of tomato sauce over a guest chef’s head during a cooking segment, as well as plenty of “awkward male dances.” “.

DeGeneres also remembers how comedian Kate McKinnon felt about her, commenting on this track â€œI am Ellenâ€.

See more in the clip above.