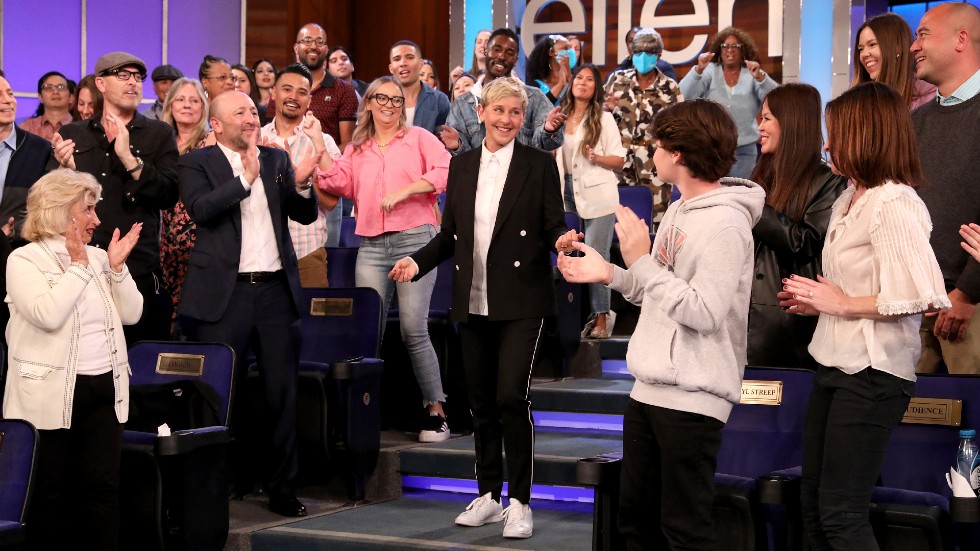 Ellen DeGeneres ends her daytime talk show: ‘When we started this show, I couldn’t say ‘gay'”

Ellen DeGeneres aired the final episode of her longtime talk show after 19 seasons on Thursday, focus his monologue about changing attitudes towards the LGBT community since the show began in 2003.

“Twenty years ago when we were trying to sell the show, nobody thought it would work,” DeGeneres said. “Not because it was a different kind of show, but because I was different.”

“Very few stations wanted to buy the show, and here we are 20 years later celebrating this incredible journey together,” she added.

DeGeneres had made history on her 1990s sitcom as the country’s first openly gay lead character. She then moved on to a sitcom on CBS in 2001 before launching “The Ellen DeGeneres Show” in 2003.

“When we started the show, I couldn’t say ‘gay’ on the show,” she said.

FromGeneres announcement the show’s final season last May, saying she needed “something new.”

Notes for the DeGeneres show had fallen ahead of the announcement, following allegations of a toxic workplace. The comedian apologized during a 2020 episode after the allegations surfaced, saying his show was starting on a “new chapter”.

DeGeneres said the show’s conclusion aligns with plans she made when she signed her last contract in 2019.

With over 3,000 episodes, the Emmy Award winner was known for her celebrity interviews, her “Be Kind” mantra, and her sometimes wacky games and sketches on her afternoon show. She concluded Thursday’s monologue by dancing to “Best of My Love” with the studio audience and Stephen “tWitch” Boss, DeGeneres’ sidekick who was named co-executive producer in 2020.

DeGeneres had increasingly weighed in on politics on her show when former President Trump was in power, saying in 2017 that she had banned it to appear.

Thursday’s latest episode included interviews with Jennifer Aniston – who joined the show on its first episode – and musician Billie Eilish. P!nk too took the stage to perform “What About Us”.