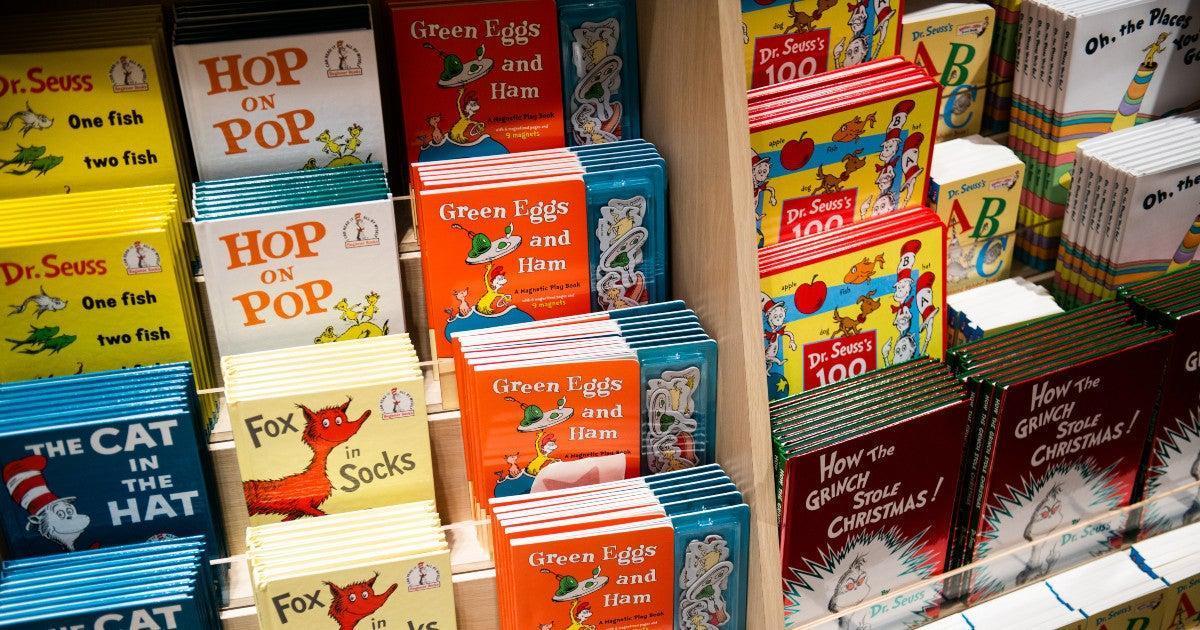 Netflix is ​​partnering with Dr. Seuss Enterprises to adopt five of the author’s best-known books, the streamer announced Tuesday. One fish, two fish, red fish, blue fishand Horton hears a who! will be transformed into series, while The Sneetches will be developed into a special. None of the projects are related to the six books that Dr Seuss Enterprises pulled from printing due to racist images last year.

The adaptation of One fish, two fish, red fish, blue fish will be a series consisting of seven-minute episodes and two-minute music videos produced using traditional animation. Each episode follows the adventures of two fish named Red and Blue who find themselves in comical situations. Like the original book, the stories are meant to help preschool viewers build their vocabulary.

The Sneetches will be adapted into a 45-minute CGI-animated special. The story centers on the Sneetches society, which is divided between those with Star-Bellies and those with Moon-Bellies. Two young Sneetches become friends and develop a relationship, showing that differences should be celebrated.

Although Horton hears a who! has been successfully adapted before, the beloved story will serve as the basis for a series of 11-minute episodes on Netflix. Thidwick the big-hearted moose will be adapted as a 45-minute special, while Wacky Wednesday gets the series treatment with 11-minute episodes. Dustin Ferrer (Esme & Roy, Shimmer & Shine, Daniel Tiger’s neighborhood) will serve as showrunner for the five new series.

“Dr. Seuss Enterprises is proud of the collaborative relationship we share with Netflix,” Susan Brandt, CEO of Dr. Seuss Enterprises, said in a statement. “We’re always on the lookout for engaging new ways to share our stories, characters and messages with the next generation of fans, and Netflix has a unique ability to create original and delightful adaptations of our timeless classics with a focus on… “imagination, fun, and education. Our partnership has been very successful so far with our award-winning animated series Green Eggs and Ham. We hope to continue this success with our future projects.”

Netflix and Dr. Seuss Enterprises have already teamed up for success Green eggs and ham series. The show launched in 2019 and a second season premieres on April 8. The new season is based on The Butter Battle Book. Last year, the show won the Daytime Emmy Award for Outstanding Casting for an Animated Series or Special.

Of course, none of the new shows are based on the six Dr. Seuss titles that Dr. Seuss Enterprises pulled from print in March 2021 that feature racist imagery. And to think I saw it on Mulberry Street, If I Ran the Zoo, McElligot’s Pool, On Beyond Zebra!, Scrambled Eggs Super!, and The cat quiz are no longer printed. “Stopping sales of these books is just part of our commitment and larger plan to ensure the Dr. Seuss Enterprises catalog represents and supports all communities and families,” a representative said. Last year. “Dr. Seuss Enterprises listened to and gathered feedback from our audience, including teachers, academics, and experts in the field, as part of our review process. We then worked with a panel of experts, including educators, to review our catalog of titles.”