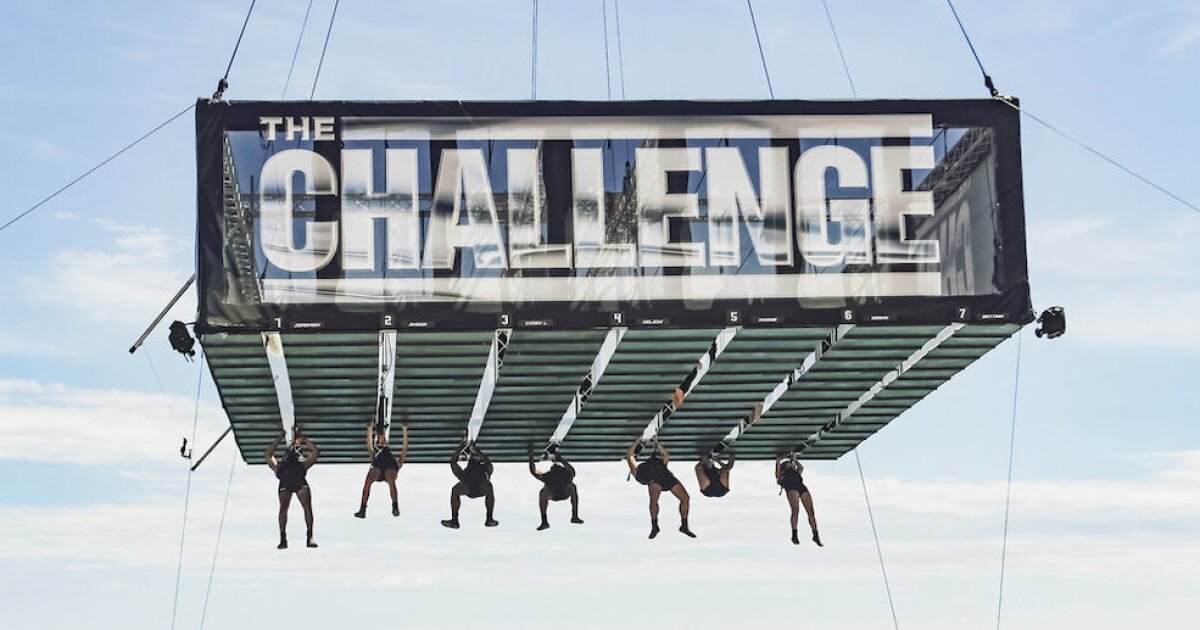 Reality TV has a long history.

A show called “Candid Camera”, which premiered on ABC in 1948, holds the Guinness World Record for being the first reality TV show. It was essentially a prank show that involved playing practical jokes on unsuspecting audience members and filming their reactions.

While there weren’t many encounters on “Candid Camera,” it was the root of the voyeurism that fuels modern America’s appetite for reality content.

It wasn’t until 1965 that a reality TV show – ABC’s “The Dating Game” – first dabbled in the role of Cupid. Each episode featured an eligible single seeking to date one of the other contestants. The problem was that potential mates remained out of sight while the eligible bachelor or bachelorette made decisions based solely on their anonymous interactions.

If that sounds familiar, that’s because it’s pretty much the same concept as Netflix’s.”Love is blind‘, which first aired in 2020, but without the modern twist of talking pods and the 24/7 immersion where the contestants live together in a house.

In the more than half a century since ‘The Dating Game’ was created, reality shows have become a monster in their own right, and their continued evolution over time shows that they’re probably here. to stay.

Andy Dehnart is the author of Reality Blurred, a blog where he chronicles and comments on the latest in reality television.

“I think dating shows tap into a number of things that make us completely hooked, engrossed in them, fascinated by them,” Dehnart said. “I think what’s really sustained dating shows as a whole, especially ‘The Bachelor’ franchise which is of course the most important, is that it’s turned into this ongoing soap opera. “

By bringing back popular characters that viewers have grown attached to, Dehnart says the dating reality genre is able to keep viewers hooked on the story.

As much as they appeal to us, do they also reflect how we view love and relationships? In other words, how realistic is romance in reality TV? Dehnart said that while the shows aren’t literally scripted, they aren’t quite real either.

“There are all kinds of components to reality TV shows, and each of those components introduces the possibility of artificiality and lack of reality,” Dehnart said. “It starts with the concept of the show and ‘how realistic is this format? Then, when you do casting, do you use people who are representative of average viewers or people in the area who produce that show? Or are you looking for super attractive, extremely outgoing, type A people? When you’re on set and filming everything, from how someone acts on camera to how the cameras film them, can affect how we see people.”

Dehnart also said that pre-production shots and post-production editing can play a big part in what we think of as reality TV’s portrayals of love and relationships.

This pre-production and editing effort makes sense when you think of the big bucks behind the scenes. Reality TV is a lucrative industry, and some of the most watched dating shows attract millions of viewers. Take for example the last seasons of ABC’s “The Bachelor” and “The Bachelorette,” which averaged 3.6 million and 2.8 million viewers, respectively. Streaming service viewership is calculated differently, but netflix said his “Love Is Blind” had been viewed by 30 million member households.

But while garnering viewers and money for producers, it’s also a genre that has influenced society’s view of love in general. The shows often feature the common romantic tropes of “soulmates”, “Prince Charming”, and “love at first sight”. The decisions are dramatized to an extent that somehow reflects the aspirations and concepts of fairy tales.

While not all of these ideas are inherently bad, the problem is that reality shows also promote problematic behaviors and concepts.

Social research suggests a link between reality TV viewing and gender stereotypes. Look at reality TVin fact, has been associated with a strong adherence to a traditional male ideology and greater endorsement of gender and heterosexual roles for women.

Studies have also found evidence that sexually-oriented reality TV, as many reality TV shows can be, is a factor in young people’s willingness to engage in casual sex, with the internet, social media and their peers. That shouldn’t be a bad thing when it’s ethical, safe, and consensual, but these studies also note that sexual activity is perceived differently for women and men. It is often seen as emancipatory for men but, on the other hand, reduces sexual agency for women.

“I think on dating shows you get a lot of sexualization, especially of women, because again that’s something that’s happening in our culture and that’s reflected and maybe amplified by a dating show. reality TV,” Dehnart said. “I think most importantly in the cast, we don’t really see most of the shows reflecting what America looks like for American reality TV shows. Hollywood can sell young and sexy, and therefore you’re going to see that more on a dating show.”

This treatment of women and the portrayal of gender norms can have a real impact on young viewers in particular. There hasn’t been too much research on the effects of dating shows specifically, but a small Australian survey involving singles who watch reality shows found that 54% of respondents “learn more about dating at from reality TV shows about love”, 48% said they “feel reassured that there are other people who are also looking for love”, and just over a third, 37 %, agree with the statement that “you can see yourself and your relationship on reality TV shows about love.”

Newsy is the only free 24/7 national news network. You can find Newsy using your TV’s digital antenna or streaming for free. See all the ways you can watch Newsy here.