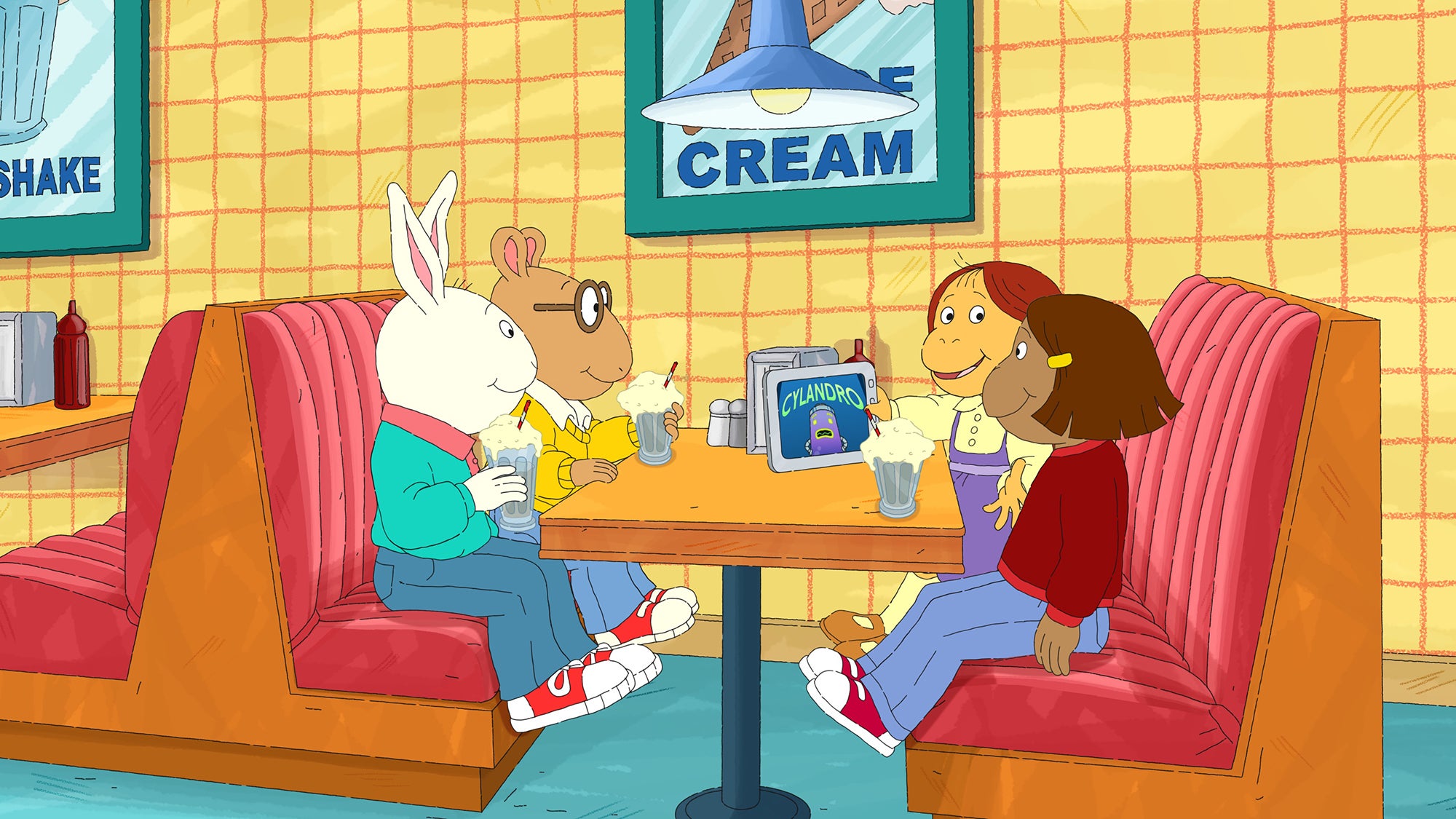 Dobrow, who studied depictions of gender, race and ethnicity on the show as part of Eliot Pearson’s Children’s Television Project, said arthur was a pioneer in diversity. “It wasn’t the first show to have gay characters or a character with cancer, but it was one of the first to deal with those issues more directly,” she said. “People who created arthur recognized that many of these issues might be seen in some quarters as controversial, but are very much a part of children’s lives.

More and more children’s media followed in arthur‘s, Dobrow added, “There’s been a lot more focus on the characters on screen. We’re starting to see a more diverse cast of characters and a real commitment to telling those stories.

Literacy is most important, according to Dobrow. Arthur’s last name is Read, after all. Many episodes revolve around books, fun independent research and the library, or include send-ups of popular children’s books (example: Henry Skreever, the series’ take on Harry Potter). Ask a fan about the famous third-season musical episode, “Arthur’s Almost Live Not Real Music Festival,” and they’re likely to burst into the chorus: “Having fun ain’t hard, if you’ve got a credit card. library ! “

Music is also an integral part of arthur‘s mission to educate, instruct while entertaining – from the catchy, endlessly meme intro (“Every day when you walk down the street, everyone you meet has an original point of view”), to Season 3 “The Ballad of Buster Baxter,” featuring Art Garfunkel as a singing, storytelling moose, to Season 4‘s “My Music Rules,” in which famed cellist Yo-Yo Ma (erroneously referred to as “Yo Mama” by DW) has a friendly confrontation – and then a duet with jazz saxophonist Joshua Redman.

The show playfully but deliberately raises the level of talk of typical children’s television. In the first season of “I Am a Poet”, friend Sue-Ellen hosts a poetry contest, which turns out to be judged by children’s poet Jack Prelutsky. In season two’s “Binky Barnes, Art Expert”, Binky researches to prove that an abstract painting in the Elwood City Museum of Art was accidentally hung on its side. In “What’s Cooking?” from season 10? Arthur enters a school cooking contest organized by celebrity chef Ming Tsai.

The show covers the scientific process (“Prove It”), natural history (“Buster’s Dino Dilemma”), pollution (“Arthur Cleans Up”), consumption patterns (“Arthur Rides the Bandwagon”) and the internet. (“The Longest 11 Minutes”). It addresses civic engagement in a group of episodes that Frank worked on in consultation with Kei Kawashima-Ginsberg, director of the Center for Information and Research in Civic Learning and Engagement (CIRCLE) at the Jonathan M. Tisch College of Civic Life at Tufts. This series includes “Arthur Takes a Stand”, in which Arthur stages a sit-in in support of Elwood School cafeteria lady Mrs. McGrady with the help of late civil rights activist John Lewis.

arthur also offered PSAs at important times, such as a “Wash Your Hands” song during the height of the COVID-19 pandemic.

Frank meets many people who remember learning key life lessons from Arthur, like what to do when you fall asleep on a city bus (“Lost!”) or when you get a bad grade at the school (“Buster Makes the Grade”). “Arthur really stayed true to the heart and soul of being real kids with real issues,” she said. “And some of those fundamental lessons that people carry with them forever.”